The world is changing right in front of our eyes and I am taking away 5 Money Lessons From Coronavirus that will help us be better prepared in the future. Before the coronavirus shutdown, I would have agreed that $1,000 seems like a decent amount to have as an emergency fund.  This is especially because the FIRE community is very financially savvy, which leads to credit card balances of zero and maxed-out contributions towards retirement accounts.

I used to envision a hypothetical hardship and imagined using either my high limit credit cards, HELOC credit, or as a last resort, pulling out some money from my taxable accounts to help me get by during a difficult time.  It made sense to me but the conservative side of my brain always convinced me to have 3 to 6 months of emergency funds in an online savings account.  It was hard to accept the less than 2% interest rate when the market was returning ~30% like it did in 2019.

However, now I realize the importance of a 3 to a 6-month emergency fund.

What I failed to realize during the amazing bull market is that during a bear market, everything could go bad all at the same time.  People lose their jobs, stocks drop significantly (translating into a loss if you sell for the need for cash), and banks stop lending.

That’s not an exhaustive list of things that can go wrong either.

You can’t make your mortgage payment or rent payment using credit cards.  Banks will also be feeling the pain from the economic downturn so they will be tightening up their lending.  This leaves you in a bad position, but not when you have cash in the bank.  As they say, cash is king!

Without emergency savings of at least 3 to 6 months, you can find yourself in a very difficult position only weeks into losing your job.

This leads me to my next lesson… Lesson #2: Having Only One Source Of Income Is Very Risky

Depending on a single source of income can be very risky, you are basically at the mercy of your employer.

During the bull market, I heard the argument that you shouldn’t worry as long as you are a strong employee.  You can show your value to the company, therefore you won’t be the first to be laid off.  This is true and I still agree you should always be showing your company how invaluable you are to them. Although what I have learned is that during difficult times it might not matter how good of an employee you are, the company simply might not be able to afford you anymore.

A few years ago I decided I was going to play it extremely safe.  So I found a second job and worked as staff relief.  I just didn’t like being at the mercy of my first employer.

I remember making small talk with people and them asking “are you concerned about being laid off from your first job?”.  They didn’t see the point in having more than one job other than to make more money. However, I viewed it as more income security.

Unfortunately, a second job within the same industry still might not have saved you from losing your income during this economic downturn.  Having said that, I still believe having a second income can help during other difficult times.  It’s important to think about building a passive income stream and the easiest way is to create an Ebook.

The fastest way to do this is with Sqribble.  They give you all the resources you need and make it easy to start. Lesson #3: We Can Cut Expenses By Much More Than We Originally Thought

As we all know, Coronavirus has led to an economic shutdown.  Everything is closed. Movies theaters, concerts, dine-in restaurants, gyms, etc…

This has resulted in people spending less while sitting at home in quarantine.

This would certainly make Mr. Money Moustache proud since everyone is flexing their frugal muscles whether they want to or not.

I’ve seen a lower credit card bill and less spent on gas as a direct result of the shutdown.  (Lower gas prices have also helped)

I already considered myself to be very frugal but I have taken my frugality to a new level.

I hope that this time will show our society how little we need to survive and be happy.  This is a moment in time when everyone is enjoying a vast amount of free time. Almost as if we stepped into an alternate universe where the majority of society embraced the FIRE movement.  I see more time spent with family, a renewed focus on healthy living by eating homecooked meals and daily exercise, and a general increase in wanting to help others in the community.

Whatever happens, I will always remember this as the moment in time when the world got to experience some of what the FIRE movement is all about. (It would only feel better once everything opens back up again!) Lesson #4: Our Economy Is Not As Strong As We Thought It Was

It took approximately 20 days to go from “our economy is strong” to “we need money from the government now!!!”

Seriously… If we had such a strong economy how is it that we cannot last more than a few weeks without bailouts?

Then I realized, it’s because our whole economy is built on debt and it’s living paycheck to paycheck.  We were running a trillion-dollar deficit after an 11-YEAR bull market.

While listening to the Radical Personal Finance Podcast, I heard a quote that sums it up perfectly:

This quote could not be more true!

Unfortunately, financial literacy is neither taught nor rewarded in our society.  This continues to be the case with our corporate bailouts, as I will discuss further in my next lesson.

See The Best Way To Prioritize Your Investments For FIRE 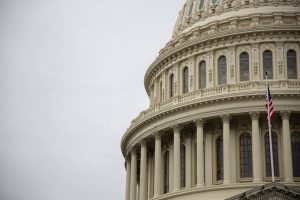 Lesson #5: The Stock Market Is Backed By The Full Faith And Credit Of The US Government

Here we are again as a society,  difficult times always seem to result in corporate bailouts.  Financially irresponsible companies are now being bailed out by the US Government with our taxpayer dollars.

What does this tell me?

We are rewarding irresponsible behavior instead of letting these companies fail.  I will admit the idea of several large companies failing is not one I take lightly.  The unfortunate result would be thousands of people losing their job in a difficult time.

However, bailing out companies that made bad decisions during the good times and now need money is equivalent to rewarding your dog for using your couch as a toilet.

We went through the same thing during the great recession of 2008 which is documented.  I naively thought we learned our lesson.  Unfortunately, 12 years later we are again bailing out large companies.  This time within a matter of a few weeks of an economic downturn!

This means large companies didn’t even have a 2-week emergency fund! REALLY!!?!

This seems to be the new normal which leads me to the following conclusion.  Large companies like Boeing and others will not be allowed to fail. No matter how financially irresponsible they are the government has made a statement that they will come to the rescue.

So as an investor, what I see is the stock market becoming guaranteed by the US Government.

How long will we have faith in the credit of the US government?  That is another issue entirely and it remains to be seen.

For now, I am convinced the stock market will always go up as long as the government is willing to step in and prop it up anytime there is an economic downturn.

I don’t like it because it’s not the society I want to be a part of.  However, I also think it would be foolish to not put my money to work in companies that are guaranteed to succeed. Well, that’s as long as we continue to trust in the money being created out of thin air by our government.

What’s the total US debt and deficit again???  23 trillion and we are adding at least 3 trillion more this year.

Yup but let’s not worry about that today…