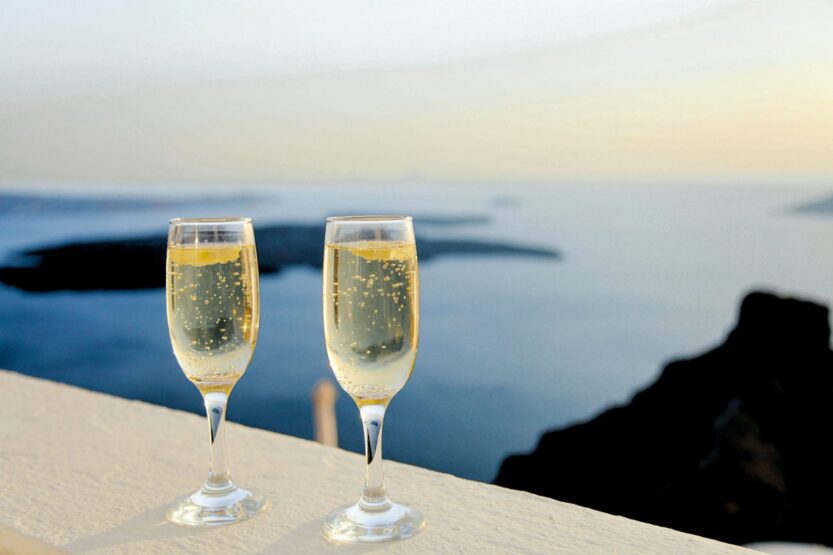 FatFIRE is one of several types of Financial Independence Retire Early (FIRE).  Fat FIRE is broadly defined as having a larger amount of money to retire early without embracing frugality.  This allows you to live an upper/middle-class lifestyle after early retirement.

Let’s explore FatFIRE as an alternative route to regular financial independence retire early (FIRE) and see if it’s right for you.

Fat FIRE is when you aim to retire early on a higher standard of living.  A general definition is having enough money to be able to spend at least $100,000/year in retirement.  Following the 4% rule, this would mean having a portfolio of at least $2.5 million.

This allows you the freedom to spend without worrying about budgeting or embracing frugality.  You can spend free and live your best life!

This type of FIRE appeals to many people because you don’t have to sacrifice on the luxuries of life.  It also gives you peace of mind to know you have more wiggle room in case life throws you a curveball.  Life is full of unexpected hardships and having more money than you need helps protect you and your family financially during those difficult times.

To find out the FatFIRE number you need to know how much money you would like to have to spend each year in retirement.   The amount you need would include all expenses, discretionary spending, and luxuries.  This is usually enough money for you to live beyond comfortably and without needing to budget or cut coupons.  You can start by finding out how much you spend each year then adding your expected luxuries.

I Use Personal Capital To Track My Expenses

The formula is almost the same as regular FIRE.  However, with FatFIRE your number would be much higher.  The number is higher because you are including not only yearly expenses but also any other spending your heart desires.  Vacations, dining out, nicer cars, and fancier clothes are all options with FatFIRE.  So instead of yearly expenses, the formula uses your desired yearly spending.

So, if after using Personal Capital, you find out a comfortable yearly spending amount is $100,000/year, then your calculation would look like this:

What this means is, once you accumulate $2.5 million, you can safely withdraw $100,000 every year.  This is based on a study called “The Trinity Study” in which they tested several rates of withdrawal and found 4% as a safe withdrawal rate.

So in this example, once you accumulate $2.5 million you would have officially reached Fat FIRE.  FatFIRE is subjective depending on your lifestyle and desired amount of spending.  Someone might feel comfortable with $100,000/year while others need $150,000.  Regardless, the appeal of FatFIRE is having more than enough money for expenses and the time for family, friends, and adventures.

Calculating FatFIRE will depend on two factors:

We now know how to estimate our yearly spending.  The next step is figuring out how much money you are contributing to your financial independence each year (Savings Rate).  These two values will tell you how long it will take to reach FatFIRE.

I recommend using my FIRE calculator because it shows your progress year by year, so you can easily identify when you would arrive at Fat FIRE.

Using my FIRE calculator helps you find out how long it will take to reach your FatFIRE amount.  The FIRE Calculator accounts for how much you’ve saved and the amount you are currently contributing.

Here Is An Example:

Now we use the FIRE calculator to find out when we will reach this amount.  It will be much slower than regular FIRE. In this example, if you saved $74,000/year and let it grow at an average of 7% return per year, it would take 18 years to accumulate $2.5 million.  You can adjust the numbers to best fit your situation or preferences.

Fat FIRE gives you the freedom to live the lifestyle you want to live and it doesn’t have to include frugality or a budget.  This type of FIRE is for those who want more money in retirement to live a rich lifestyle, take care of family, or have more peace of mind.

By having such a large nest egg, you put yourself in a position to donate to a charity you feel is doing important work.  Knowing you are furthering a cause you care about and making the world a better place can be very fulfilling!  Perhaps, part of your life goal is to give back to your local school or church.  If having the extra money to give if you feel inclined appeals to you then FatFIRE might be the right FIRE path for you.

Ability To Leave A Legacy

Another benefit of accumulating such a large amount of money is having the ability to pass the money on to your children if you don’t spend it all.  While pursuing FatFIRE you might realize you over saved, which would be a good problem.  In this case, you can always pass the money on to the next generation and leave a legacy.  With the right planning, this would help provide financial security to your family for generations.

Regardless, it’s important to think about this early on in your journey and make adjustments as needed.

The Financial Independence Retire Early (FIRE) movement is growing and now has many types of FIRE.  Here are the different types of FIRE in order from easiest to hardest to achieve:

Each type of FIRE has its pros and cons and comes down to balancing money and work.

Having these options for FIRE gives us options to pursue the type that best matches our lifestyle goals.

Barista FIRE: Everything You Need To Know

Here Is An Illustration I Made To Remember The Different Types Of FIRE:

The primary difference between FatFIRE vs LeanFIRE is the amount of money needed each year during early retirement.  They’re at two different extremes.  LeanFIRE is a barebones type of FIRE, while FatFIRE is retirement with much more wiggle room in the budget.

Lean FIRE is best defined as the minimalist way of reaching FIRE and involves retiring with a “lean” budget.

FatFIRE is defined as early retirement without embracing frugality and choosing to accumulate a bigger nest egg.

A clear negative of Fat FIRE is the need to continue working for much longer while you accumulate a larger amount of money.  The risk is working longer than necessary and later realizing you didn’t need as much money as you thought you did.  This person potentially could have retired years earlier.

FatFIRE also doesn’t rely on a budget or embracing some form of frugality so there is a risk of lifestyle creep.  The more you make the more you might think you need.  It’s an interesting phenomenon called hedonic adaptation.

You should make sure the amount you plan to need in retirement is accurate or you might be working longer than necessary for the money that you don’t need.

Lastly, if you are a frugal person by nature then FatFIRE might not be the best option.

As you can see, you can reach FIRE in a variety of ways.  Fat FIRE is by far the hardest path to financial independence.  Although, this can end up being an advantage because if you strive for FatFIRE and don’t reach it, you’ll likely still be in a better place financially.

“Shoot for the stars, so if you fall you land on a cloud” – Kanye West

Finally, if you enjoy your job, you might be in no rush to reach financial independence, which in this case FatFIRE might be the best option.  Alternatively, if you are miserable it might be wise to pursue an easier type of FIRE like CoastFIRE or BaristaFIRE.

Disclaimer
This post may have affiliate links, which means I may receive commissions if you choose to purchase through links I provide (at no extra cost to you). Thank you for supporting the work I put into this site!